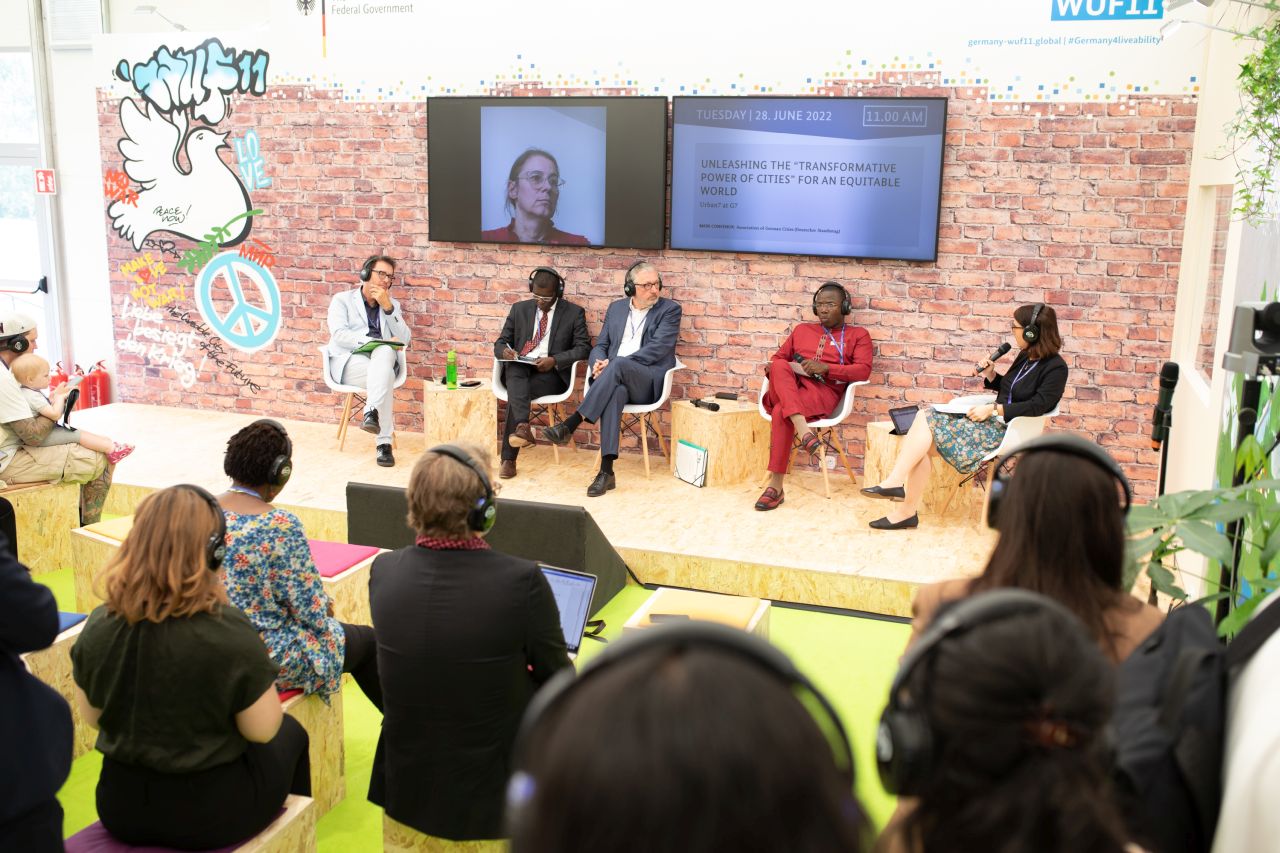 While heads of state gathered this week at the G7 Summit, the Urban7 Group – who act as the voice of the cities within the German G7 Presidency – were at the World Urban Forum discussing how to ensure that local leaders’ voices are part of G7 negotiations.

This “how to?” question was at the core of the session “Unleashing the Transformative Power of Cities for an Equitable World: Urban7 at G7” at the World Urban Forum, which is being held this week in ICLEI Member Katowice (Poland). The session took place on 28 June and was organised by the Urban7 Alliance in the German Pavilion. Representatives of the Urban7 presented their vision during the session, with speakers reflecting on the progress they have made with the Urban7 process, and the work still to be done at all levels of government.

The session emphasised that G7’s goal of working “towards an equitable world,” can only be achieved if the “transformative power of cities” is unleashed, and true multi-level governance is realised. This is also clearly laid out in the powerful U7 Mayors Declaration, published in May 2022 by the Urban7 Group.

For his part, Mayor Peter Kurz, Mannheim (Germany), Chair of the Global Parliament of Mayors and G7 Special Envoy of the Association of German Cities remarked: “Now is the time to have a discussion on urban governance and multilevel governance. It's a complicated discussion, as it is about the devolution of power, but it is crucial to have it now, as planetary tasks have to be addressed and implemented at a local level. Furthermore, local governments are fundamental for democracy and we see that we have to fight for democracy at a global level.”

Mayor Manuel de Araujo, Quelimane (Mozambique) noted: “Democracy starts in cities. The rule of law, protection of minorities, and freedom of expression are the flagships of democracies. These common shared values need to be the beacon of our movement, and they need to have a crucial role in cities, which need to have a bigger role if we want to reach the SDG’s. SDG’s are not implemented in a vacuum, most of them are implemented at a local level.”

Mayor Jefferson Koijee, Monrovia (Liberia) said: “To have sustainable cities, collective participatory approaches are needed. We should not wait for a crisis to bring everyone on board. We need to have an inclusive approach to urban sustainable policy that takes the poor and vulnerable into account.”

Oliver Weigel, German Federal Ministry for Housing, Urban Development and Building told the participants of the session: “The objective of our ministry is to make urban policy more local. The speed of the Urban7 inspired us, so we are in favour of making the U7 an engagement group. We will try to lay the foundations for this engagement group this year. Next weekend we have a meeting with the G7 ministries for urban development and we will discuss this. In any case, we agree that we can’t talk about urban governance without including cities.”

Anja Wagner, Head of Division for Decentralized Development Cooperation, Federal Ministry for Economic Cooperation and Development said: “In 2050, 70% of the population will live in cities, and already cities are responsible for 70% of waste and GHG emissions. This is why we need to increase our efforts to support cities. Without them the sustainability goals of Agenda 2030 can’t be reached. Cities should be part of national delegations to international conferences, as cities will have to mainly implement the outcomes of the conferences.” 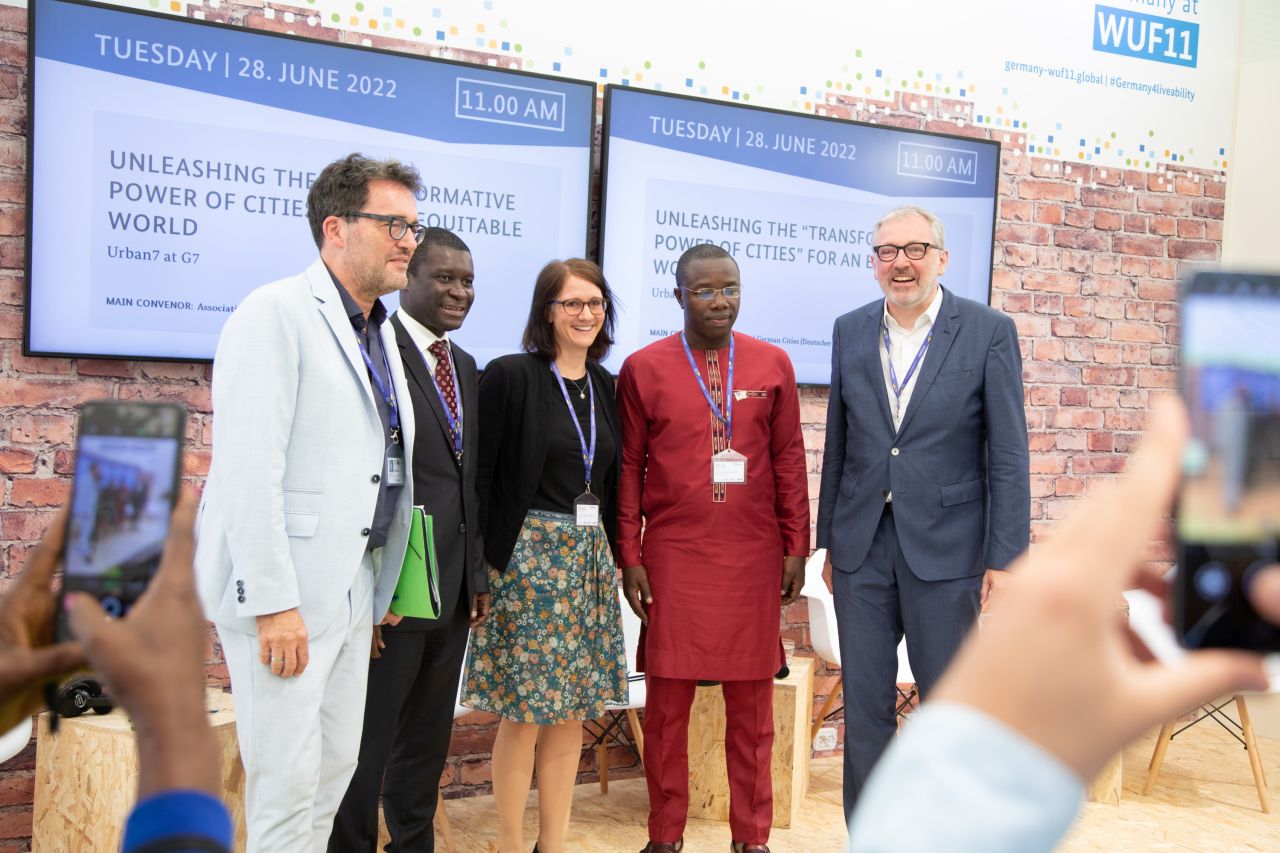